STRATEGY. CREATIVITY. PACKAGING. DESIGN. COMMUNICATIONS.​​​​​​​
​​​​​​​Clásico, Revitalizing a Half Century-Old Brand
How to reintroduce a product that fell in disinterest after having forged an industry a few decades prior?
Joya de Nicaragua Cigars partnered with Madre to strengthen the Clásico line, to reintroduce it in the US after losing popularity and being faced out of the shelves.
Clásico was the first cigar to ever be imported to the US from Nicaragua. A brand that became the new gold standard of cigars in the 1970s making it all the way to The White House as the official cigar to be given out in diplomatic events. Clásico captivated world leaders and everyday aficionados looking for the best alternative to banned Cubans cigars, but that magic was lost somewhere along the way.​​​​​​ 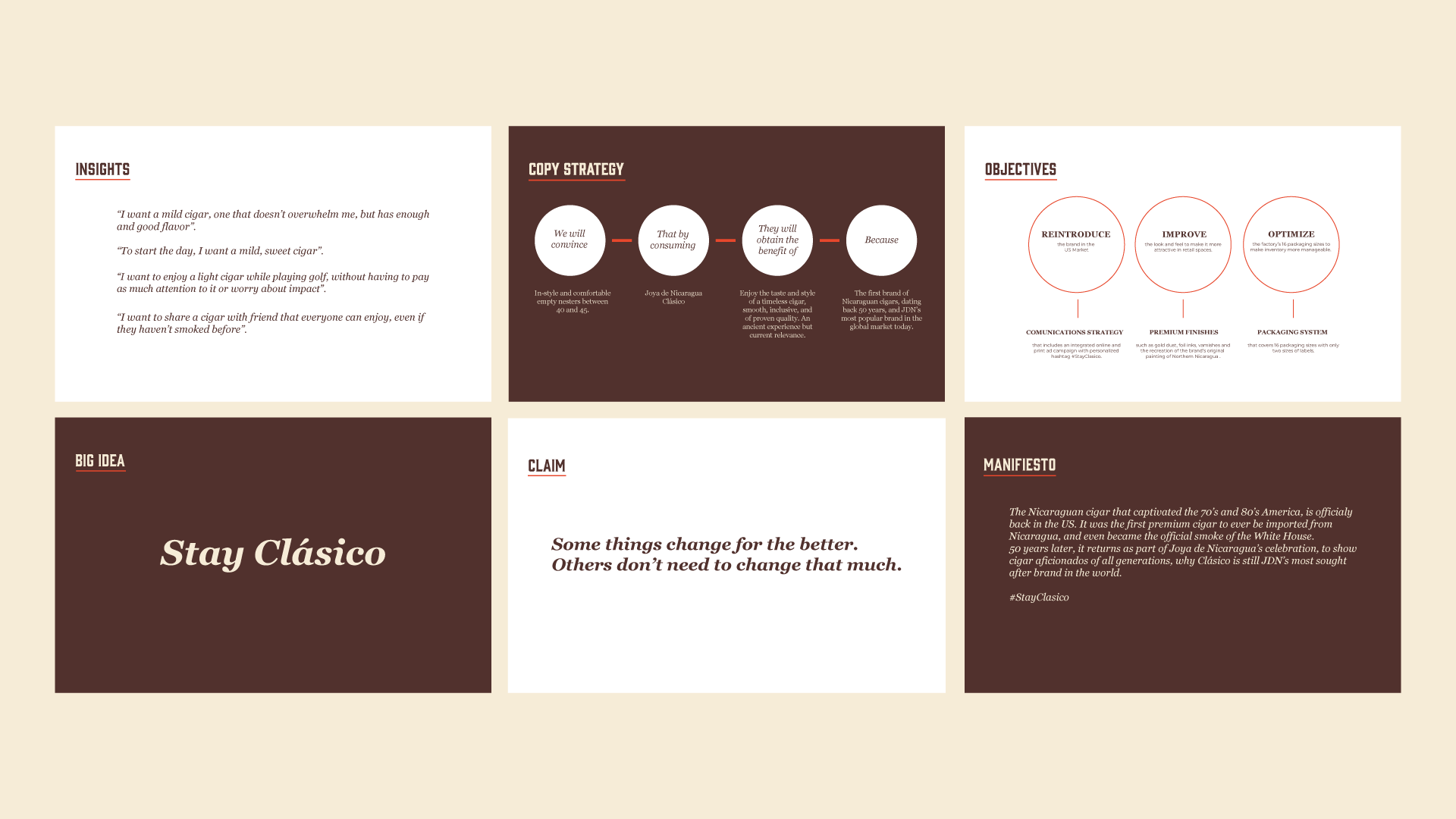 Stay Clásico
The cigar brand that once ignited an industry had fallen behind. In the early 2000s, Clásico had lost its appeal and popularity. So much so that it stopped being imported to the US. The product, however, was as great as always, and JDN knew it was a matter of reintroducing it accordingly.
We strategized a plan to put it back on the map, respecting and celebrating its heritage and visual language, keeping key components such as JDN's vintage coat-of-arms for a timeless composition. We embarked on an upgraded and updated journey to Stay Clásico. 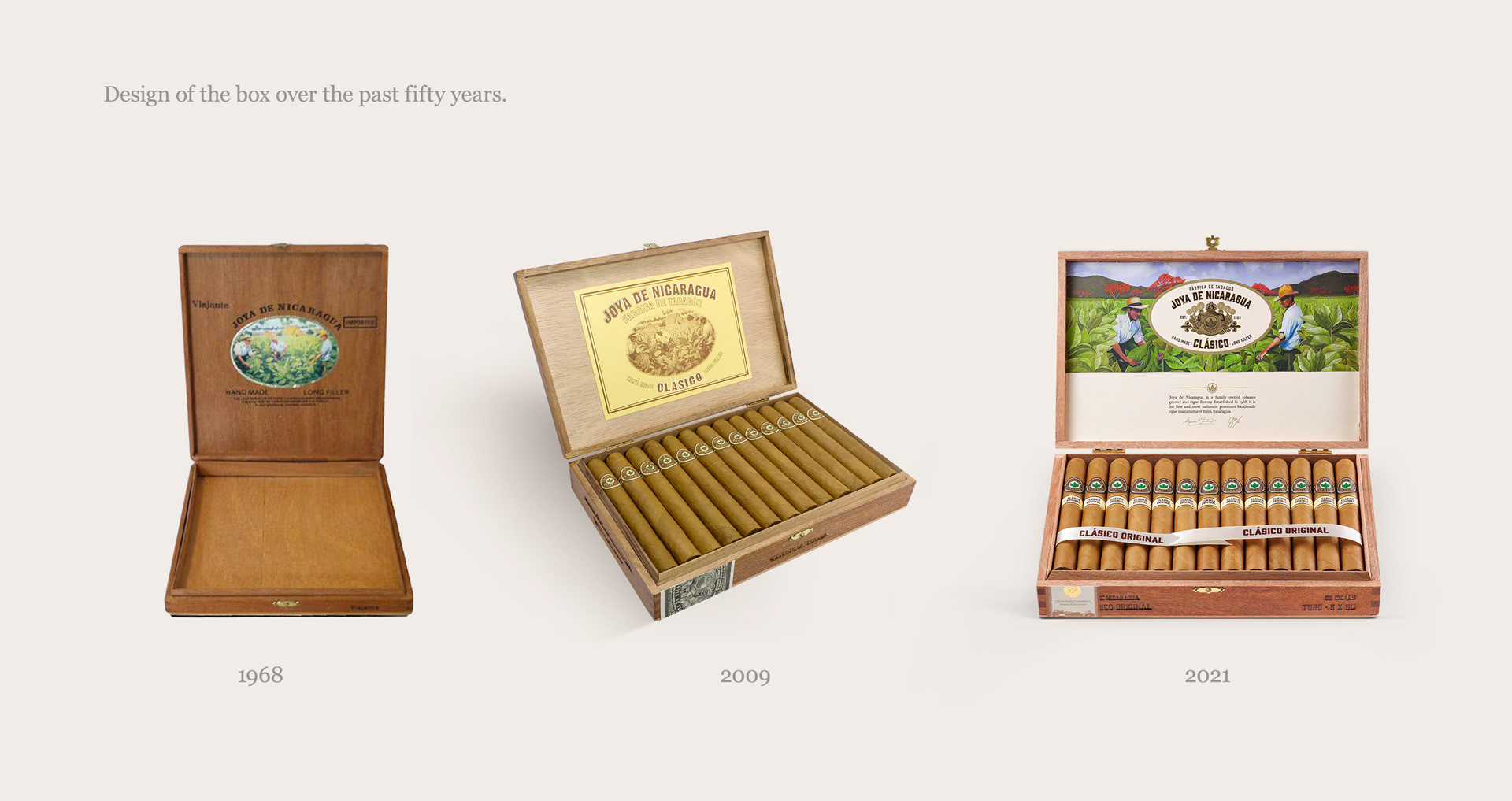 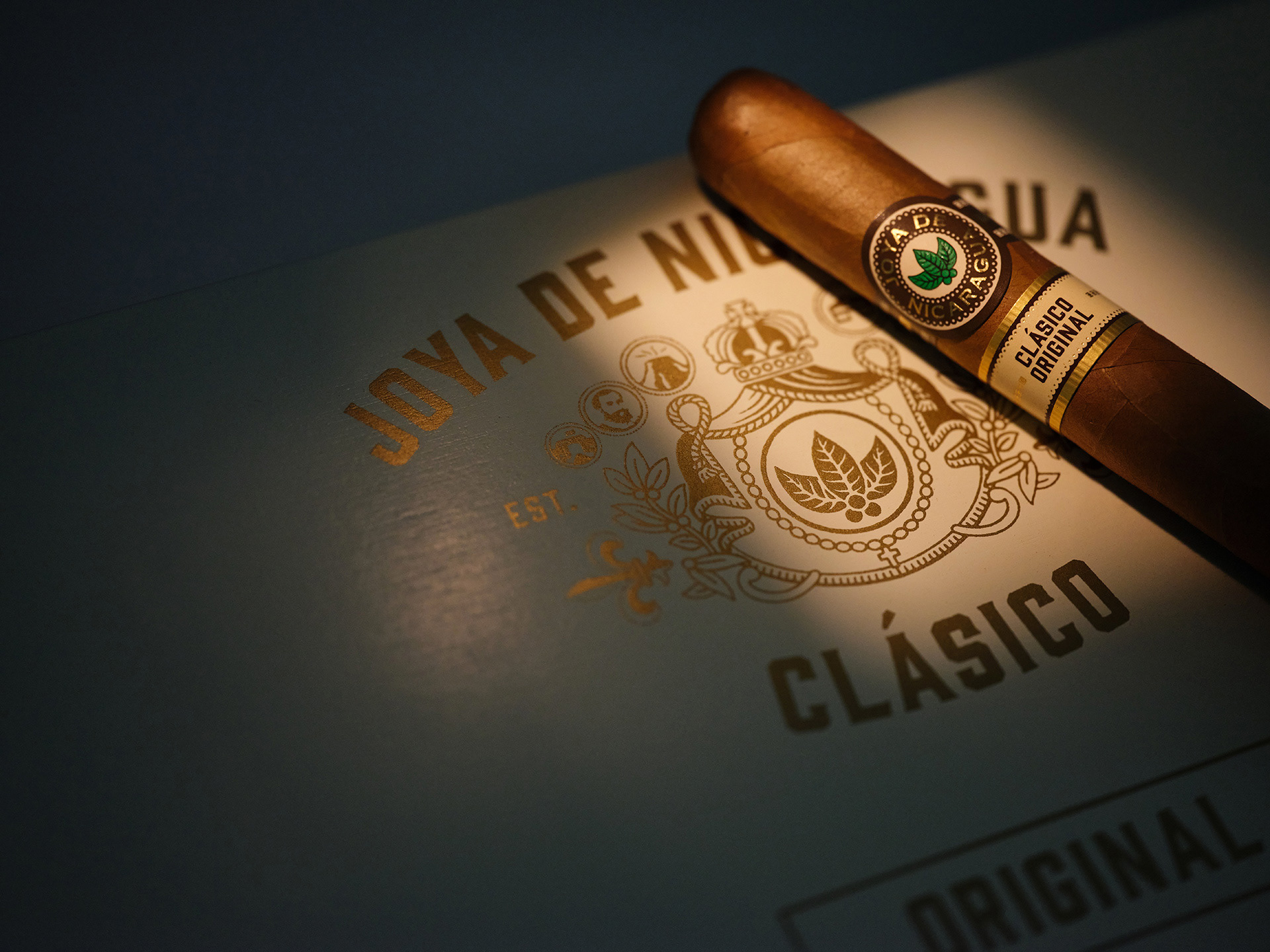 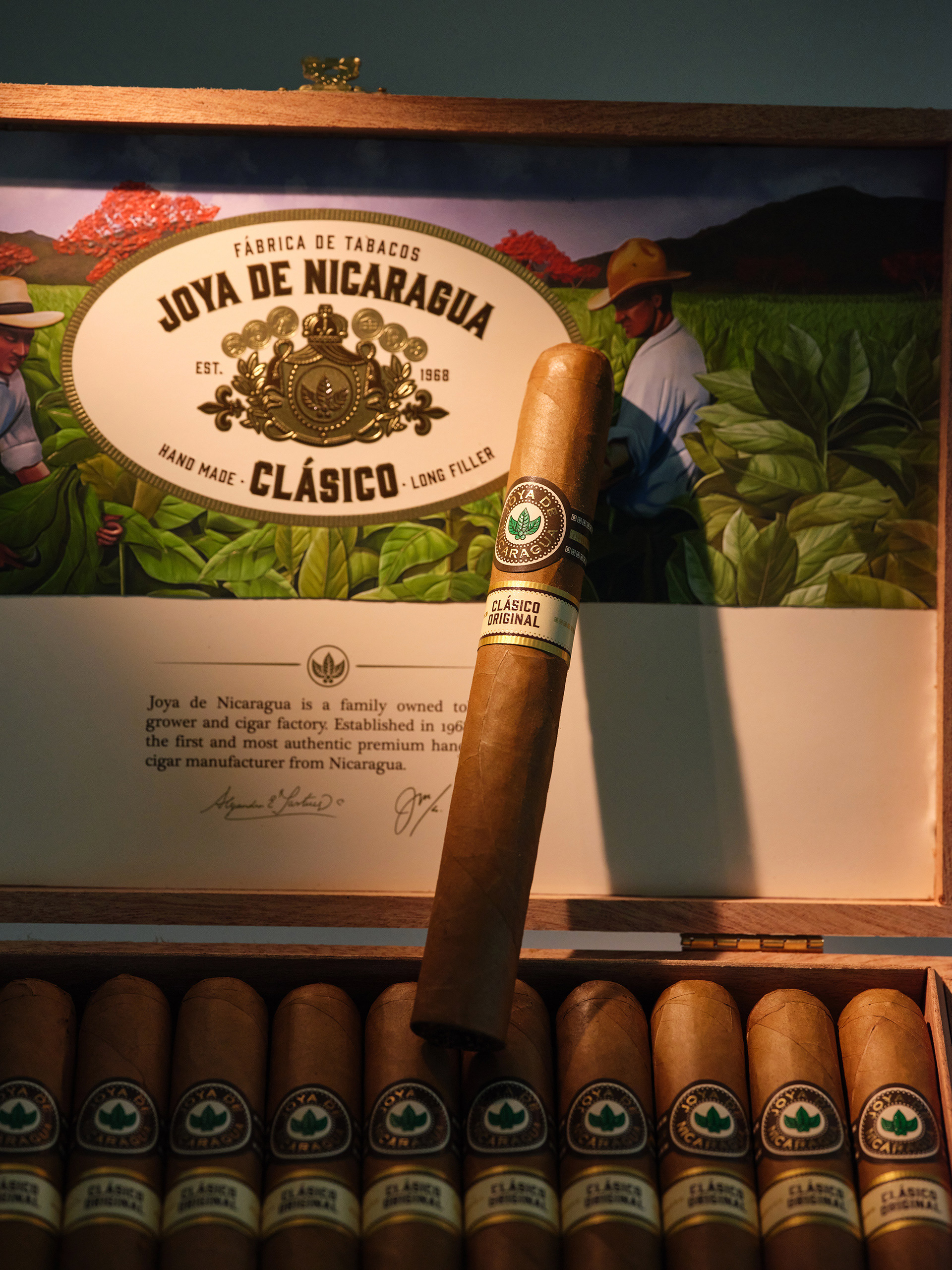 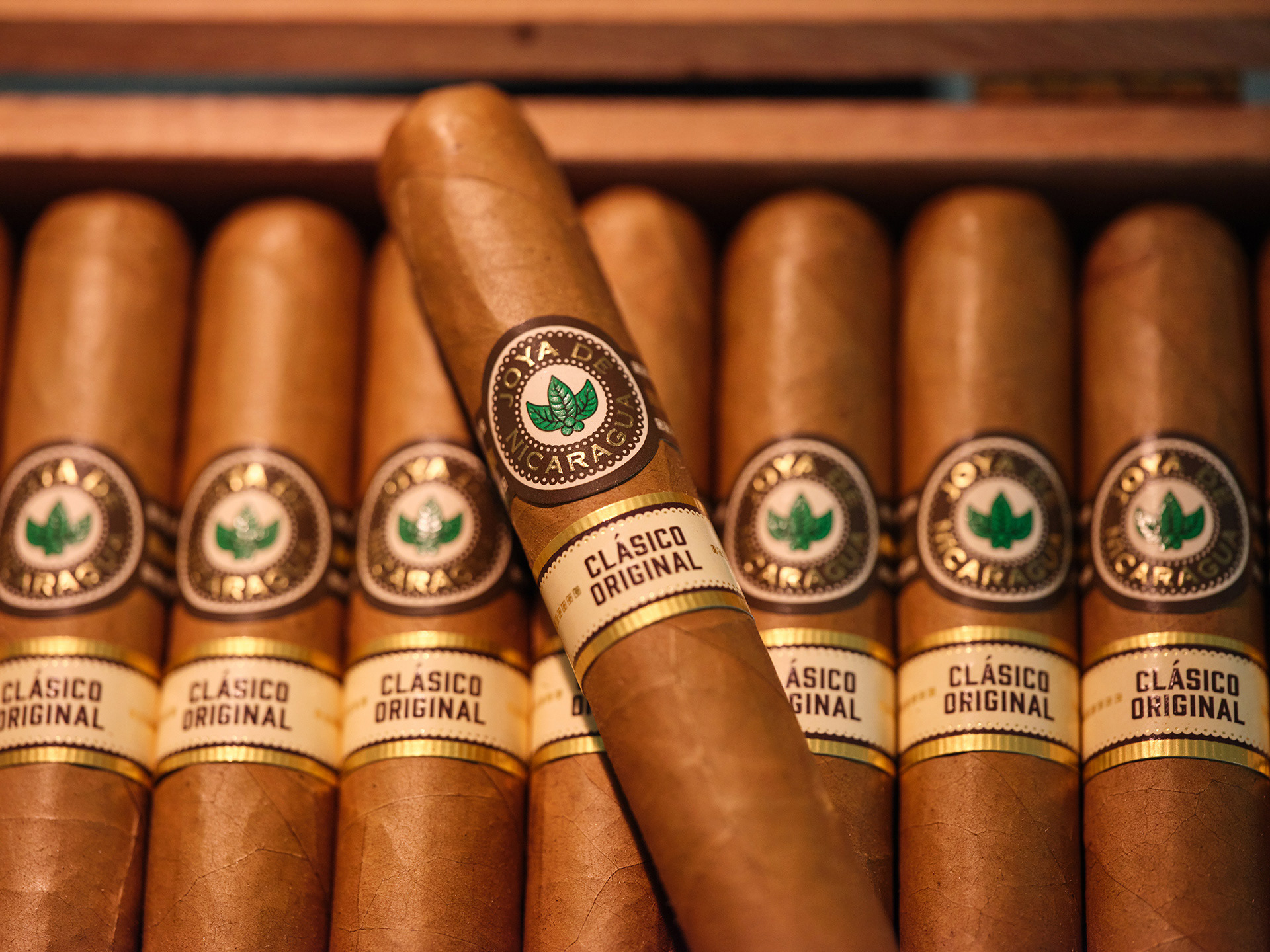 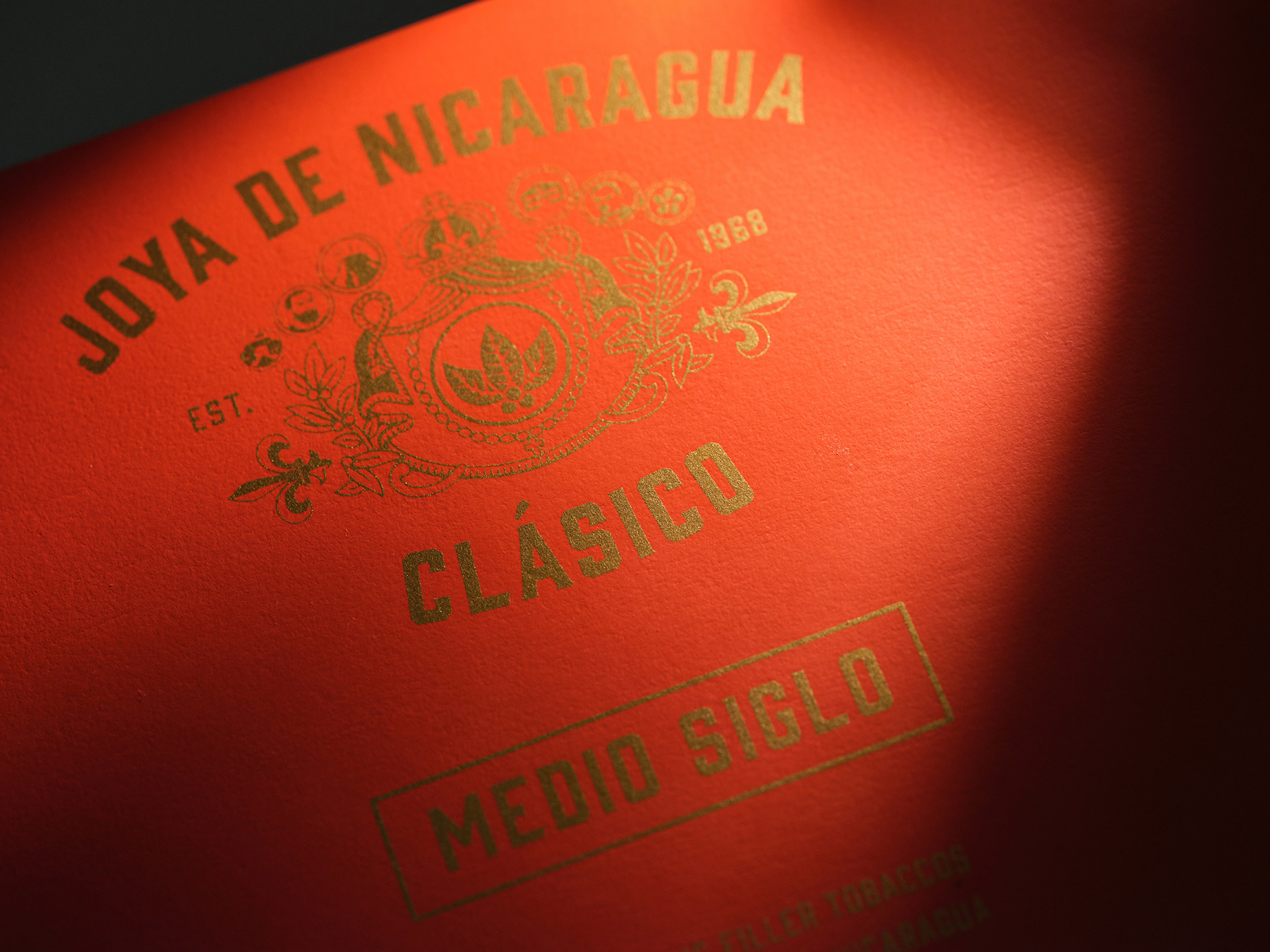 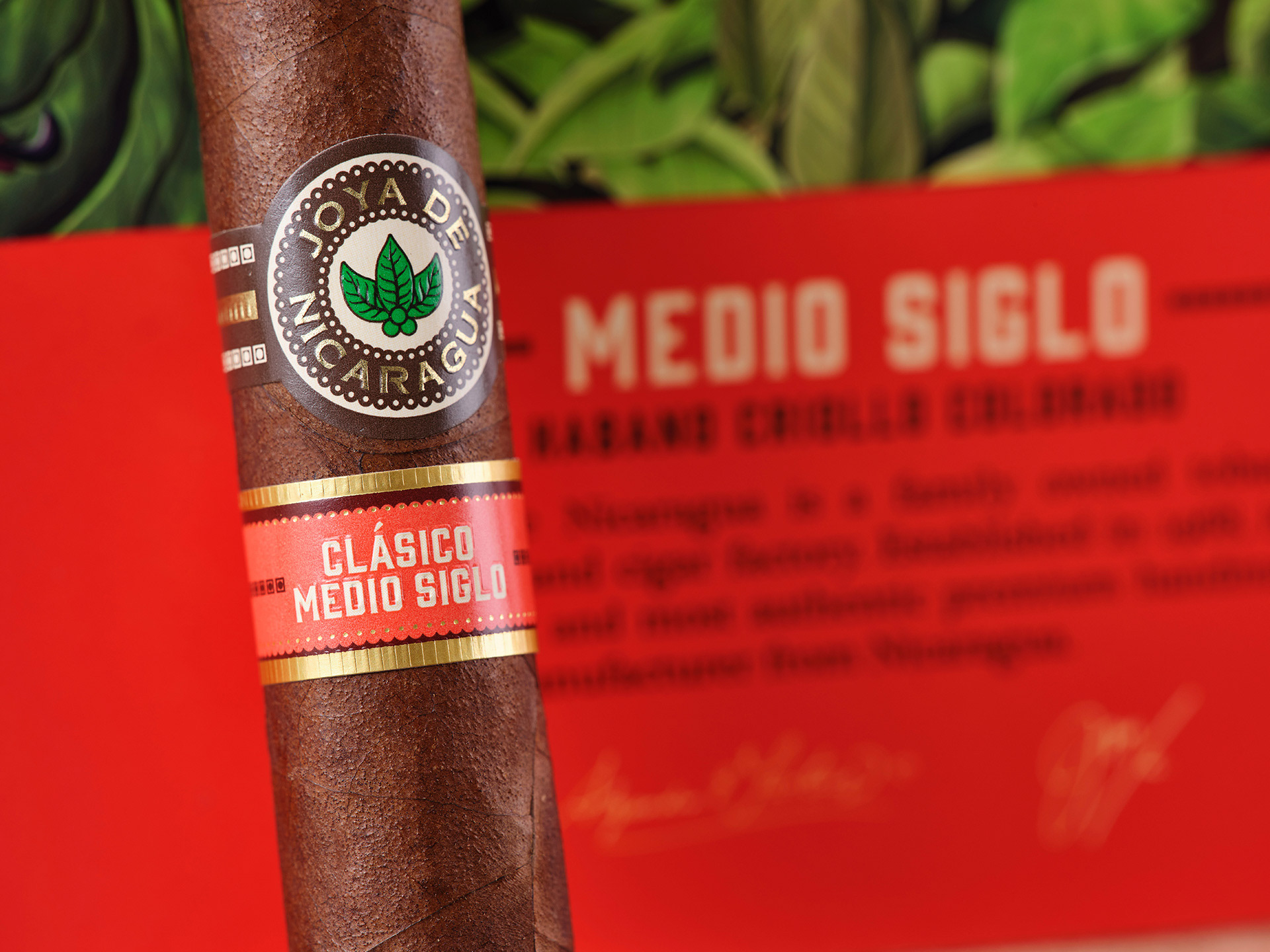 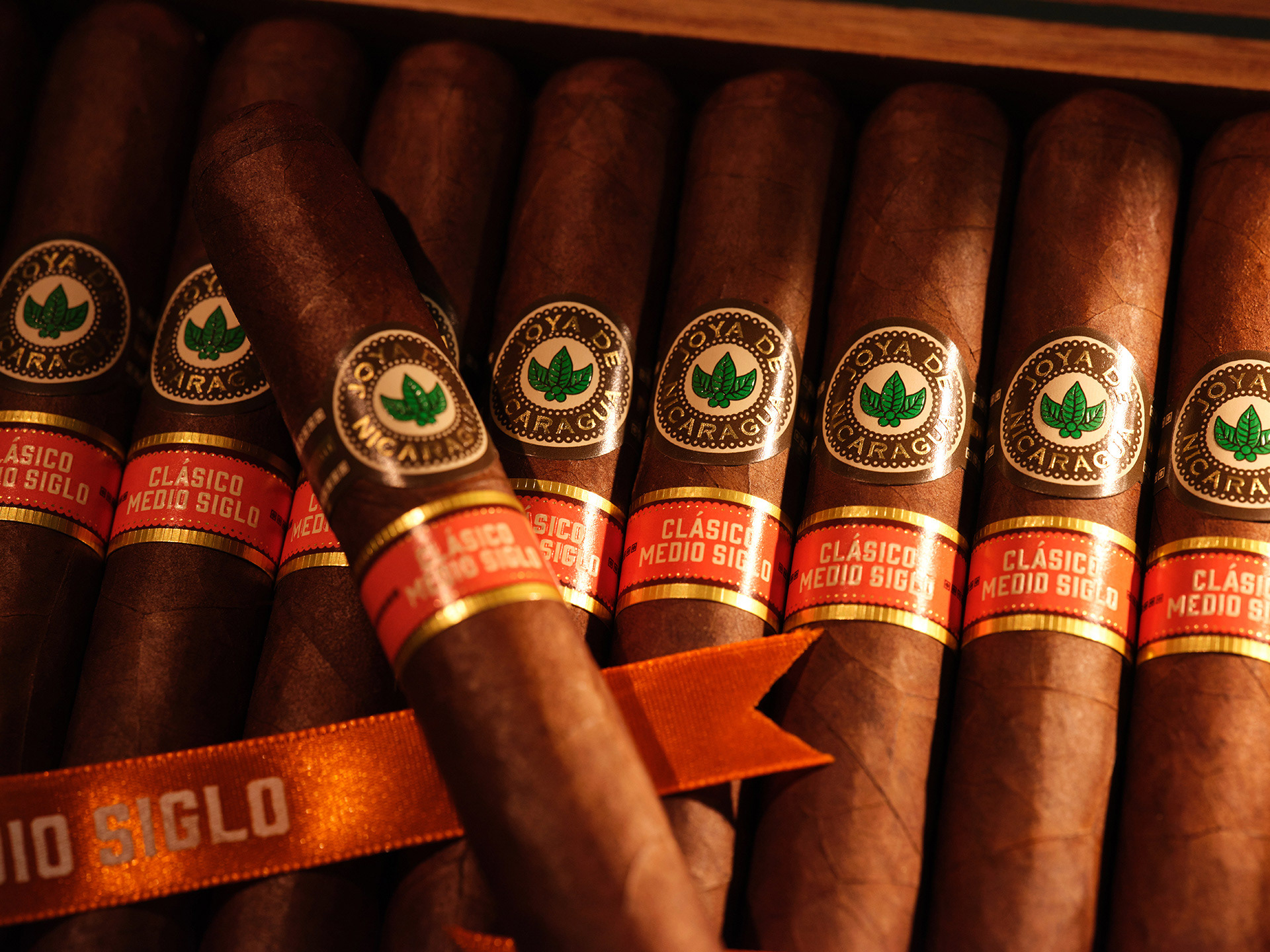 Some Things Don't Need to Change (that much)
We redid the iconic tobacco field painting the brand was recognized for, changing a few details to be more in line with the landscape of the Valley of Estelí, Nicaragua's tobacco capital. Instead of the typical curing huts and palm trees of Caribbean plantations, we featured Nicaraguan curing barns and the "Malinche" trees with their vibrant red flowers, which are a staple at JDN's factory.
This meticulous composition with beautiful finishes, featuring hand-made 3D embossings, golden and foil inks, and varnishes, added depth and vividness to an identity that had become sepia and dull. 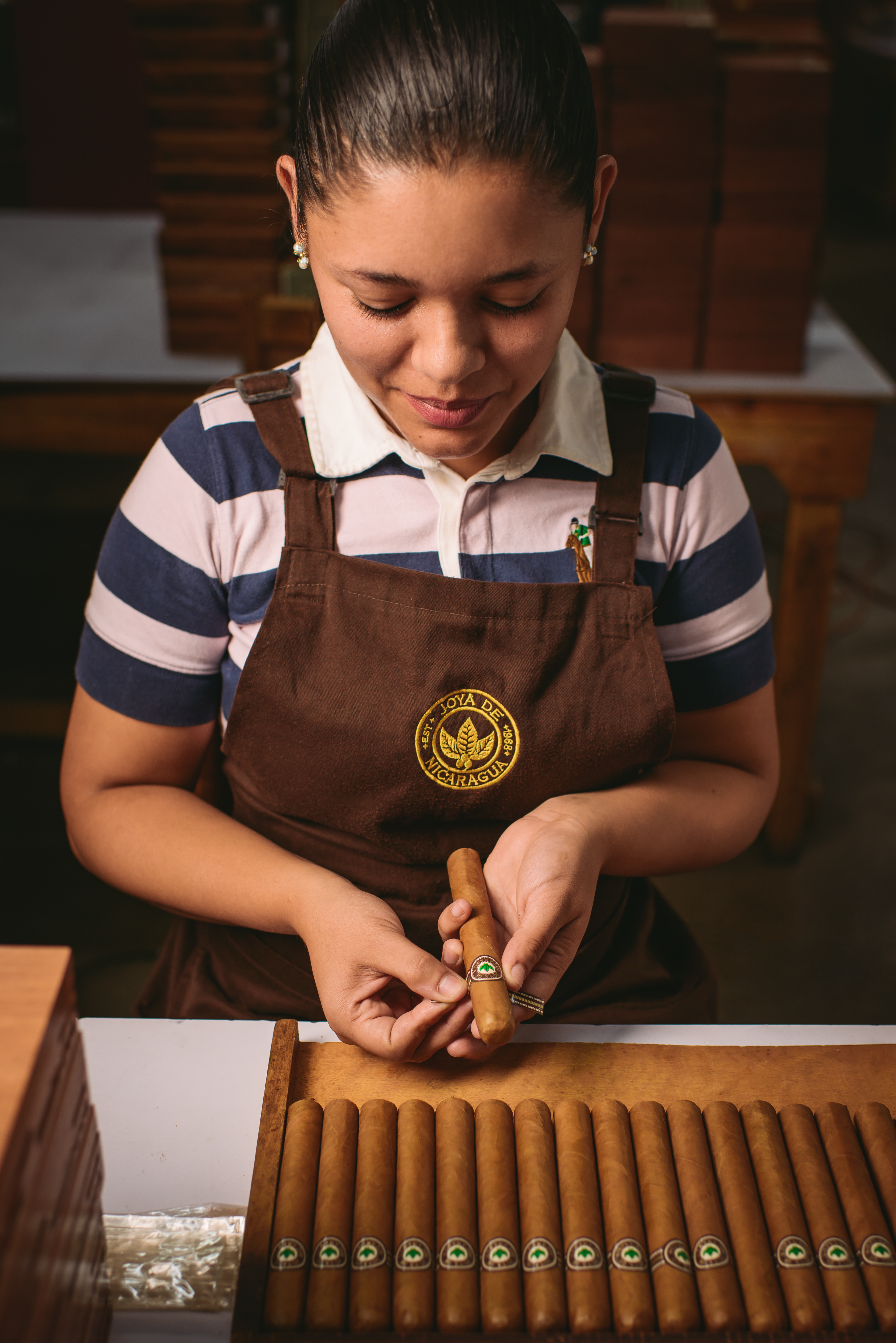 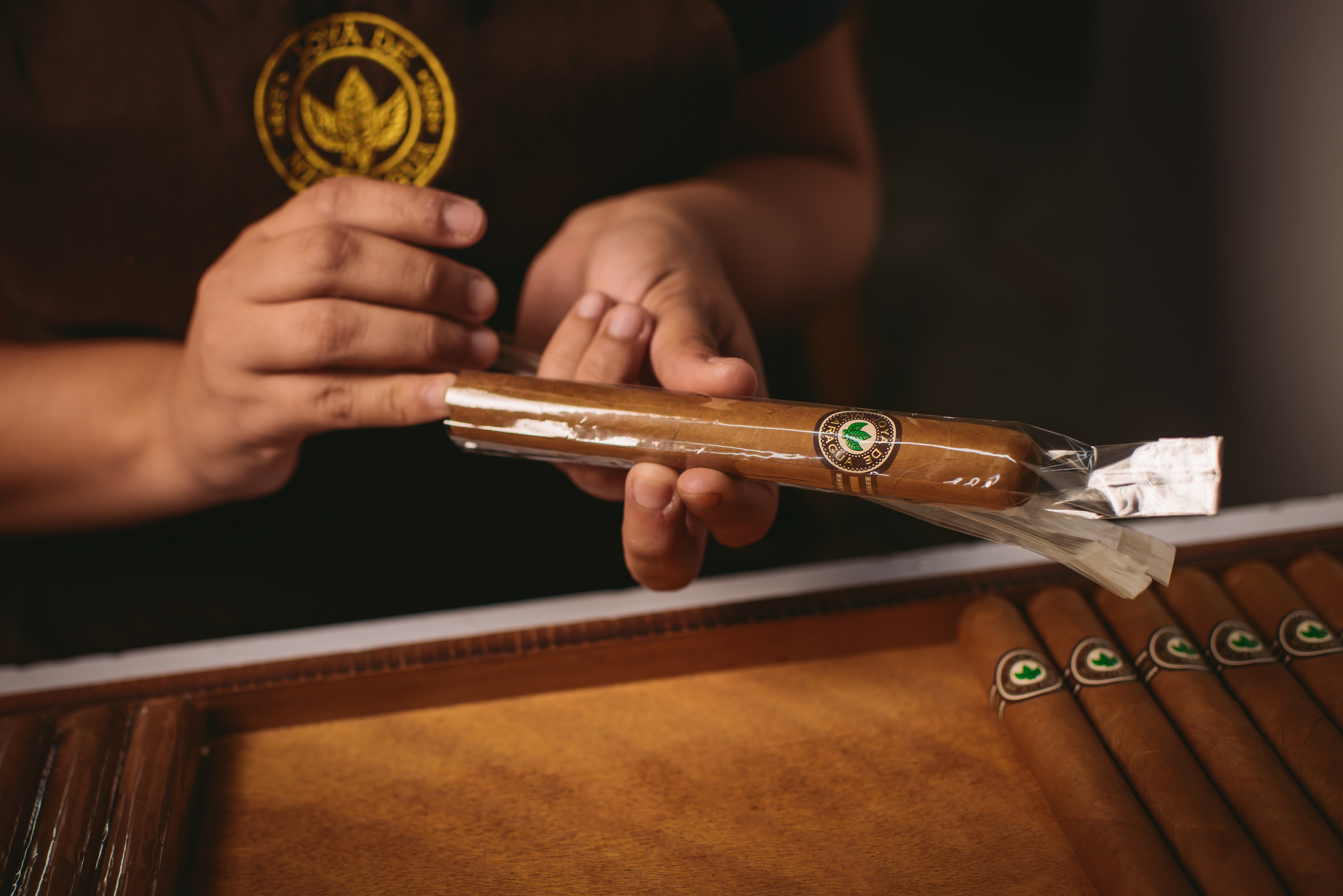 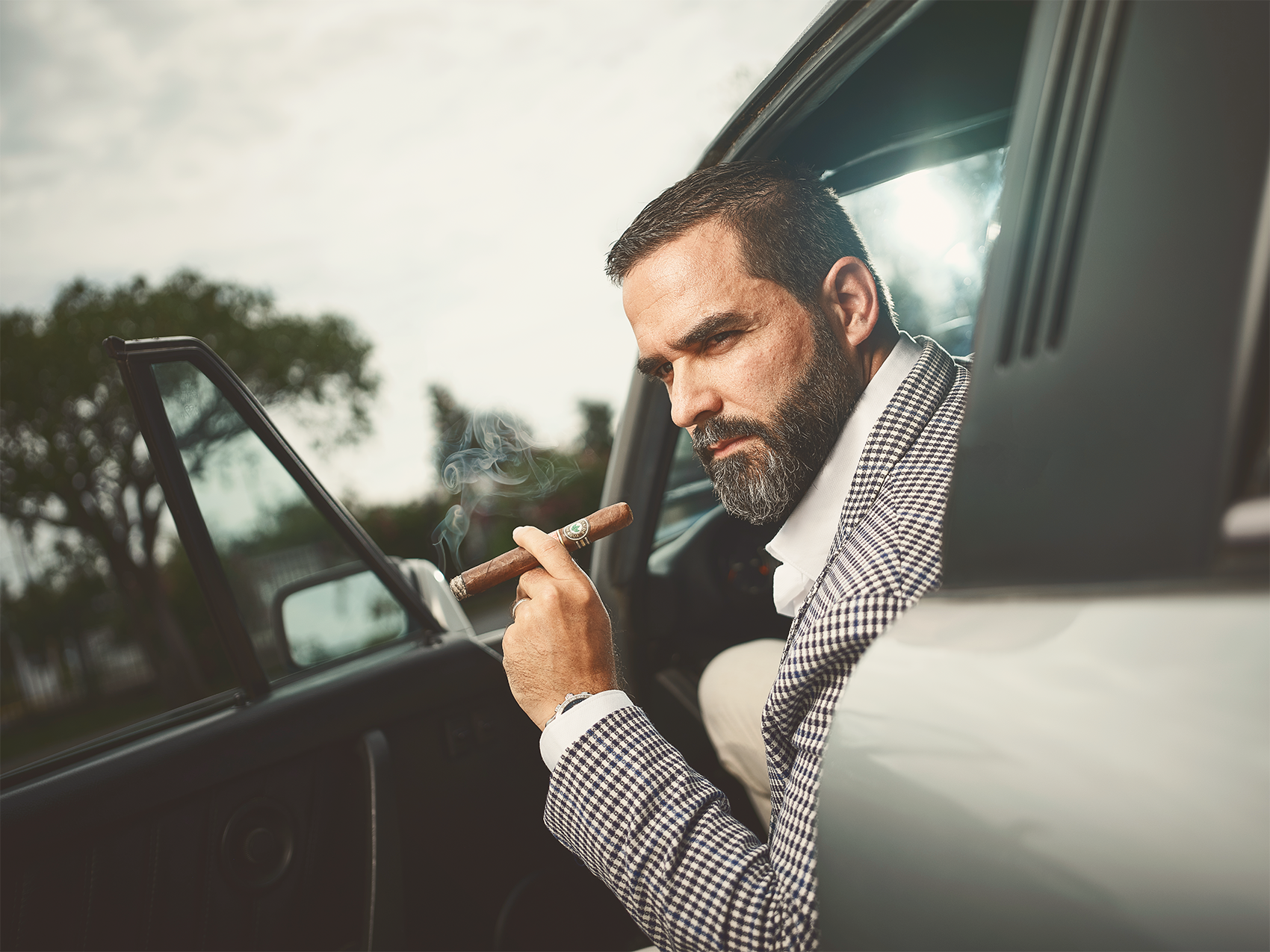 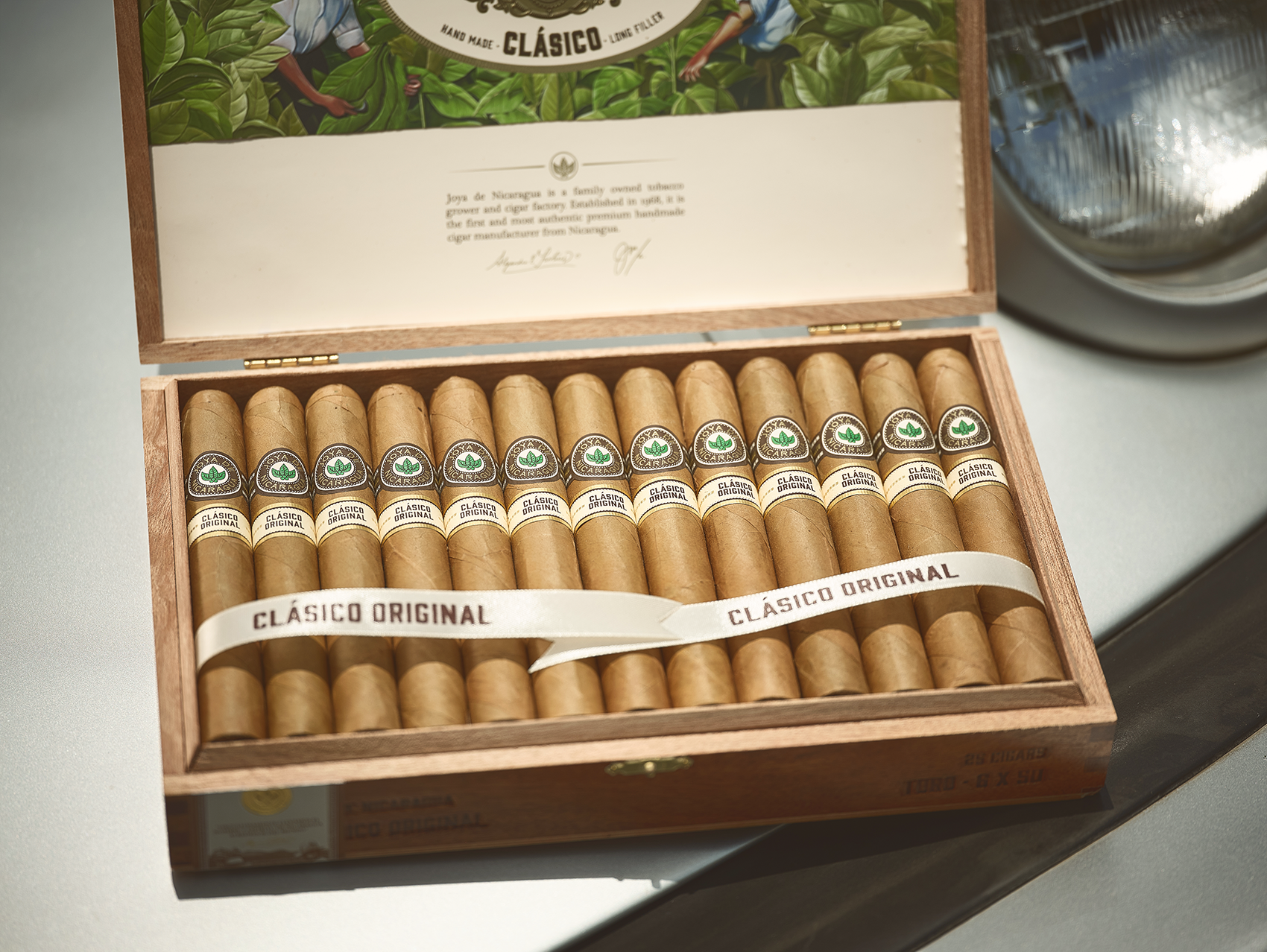 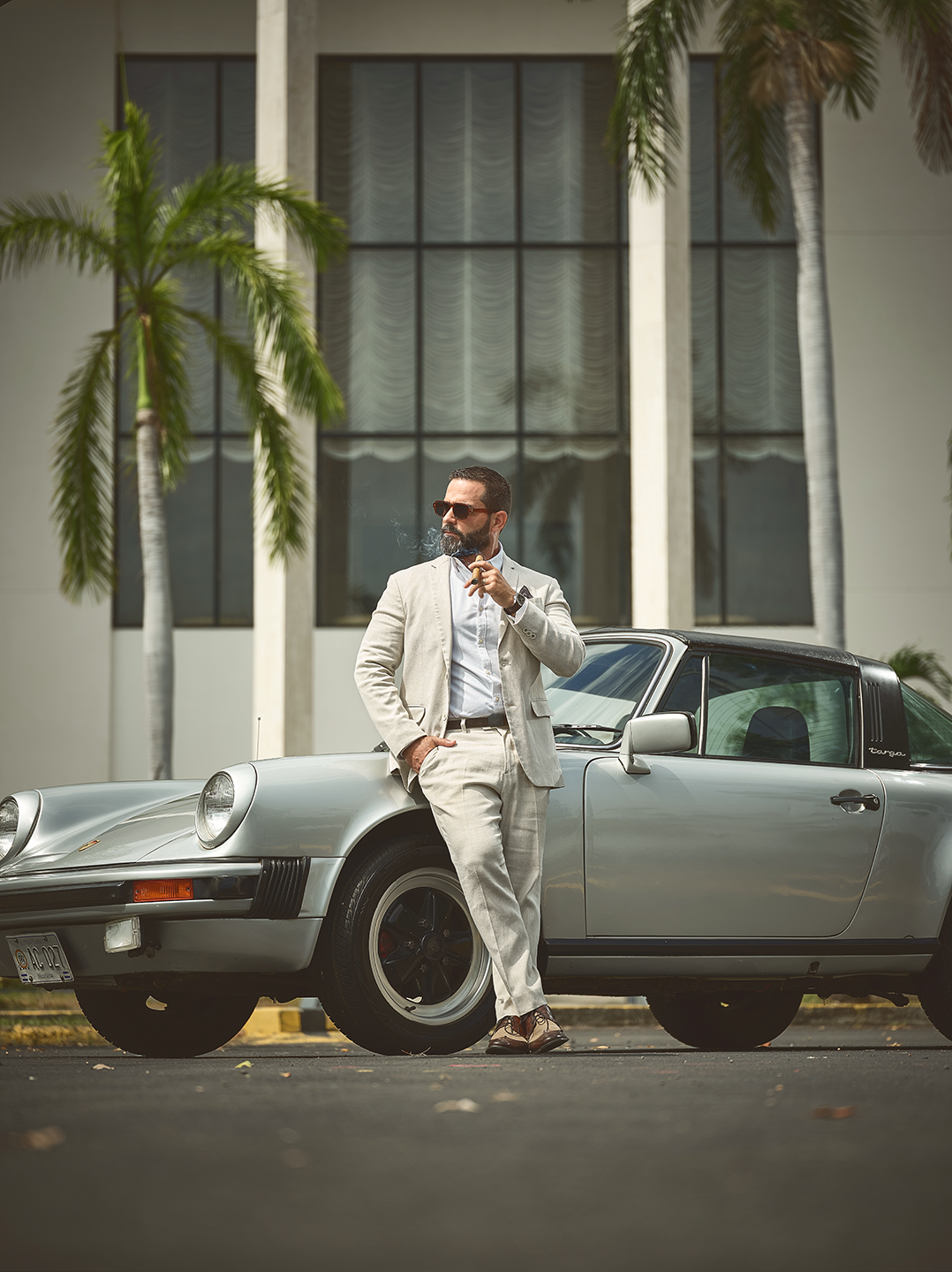 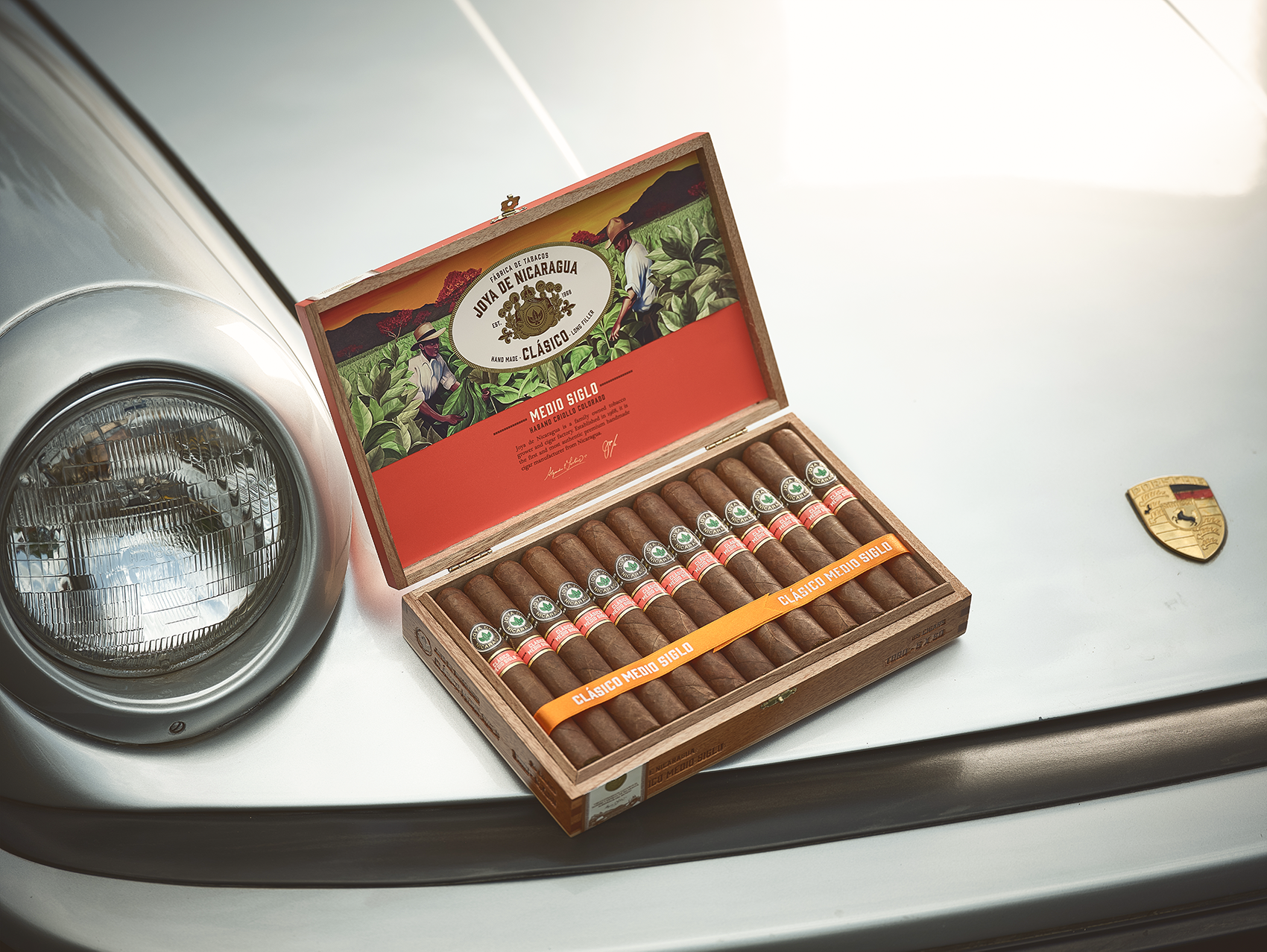 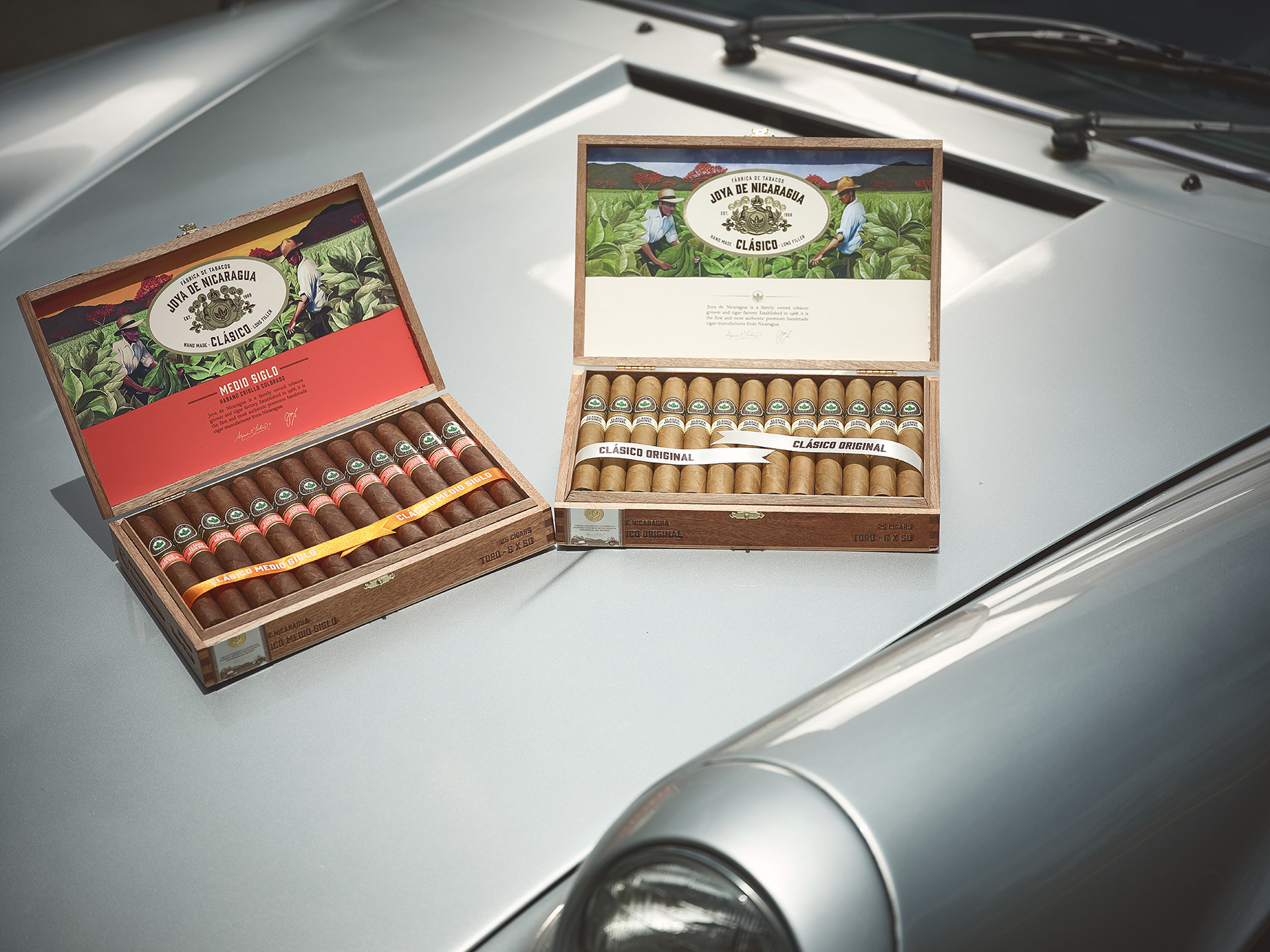